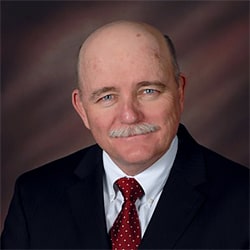 Roger H. Edwards joined Madison Associates, Inc., as a Financial Crimes Investigator in February 2002. He has served as Project Director for Madison under a number of Madison contracts, including Immigration and Customs Enforcement (ICE) and the United States Marshals Service (USMS). Mr. Edwards, who also is a Certified Public Accountant, is a Principal for Madison and Senior Investigator in connection with its work in monitoring of complex businesses that are either restrained before forfeiture or seized after forfeiture has been ordered. Mr. Edwards holds the same position for Madison in connection with its role as Federal Receiver.

Mr. Edwards retired from government service after a twenty-eight (28) year career in which he served as the Internal Revenue Service- Criminal Investigation (IRS-CI) Organized Crime Drug Enforcement Task Force (OCDETF) Coordinator for Florida and the entire Caribbean Region, first line manager for IRS-CI, Supervisory Special Agent and Special Agent. During those years, he developed an expertise in conducting complex financial and money laundering investigations associated with racketeering, drug trafficking and major financial fraud cases. Mr. Edwards, an experienced instructor, is also a member of the Madison professional team which provides training and instruction to client agencies throughout the country on forfeiture, financial investigative techniques, and money laundering.