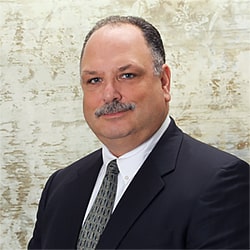 Robert A. Montemorra joined Madison Associates, Inc. in February 2014 as a Principal after retiring from the Federal Bureau of Investigation (FBI) following a twenty-five (25) year career concentrated on conducting and managing complex financial crime and money laundering investigations. He was the Chief of the FBI's Asset Forfeiture and Money Laundering Unit at FBI Headquarters for seven years. In that position he was responsible for ensuring these robust law enforcement tools were integrated into every criminal and terrorism investigation conducted by the Bureau. He served as Chief of the FBI's Health Care Fraud Unit and is an expert on the Federal Government's responsibilities to victims of crime. At the time he decided to retire from the FBI, Mr. Montemorra was the Assistant Director, Economic Crimes Division, Interpol, with responsibility for financial crime investigations including money laundering, bank fraud and mail fraud.

Mr. Montemorra is an expert on the Bank Secrecy Act and has extensive national and international experience in providing training to public and private audiences relating to money laundering, asset forfeiture and counter-terrorism.